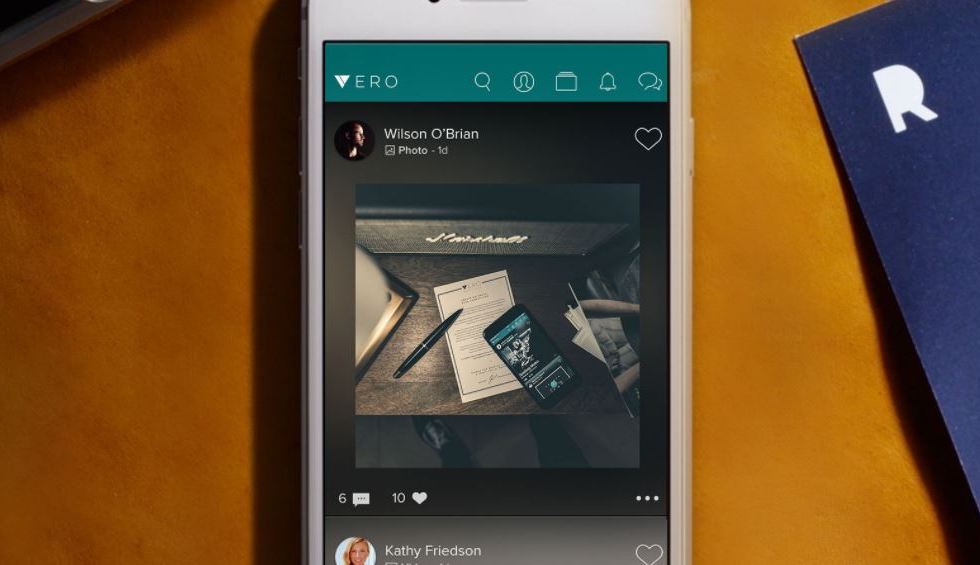 In the last couple of weeks, a new social media platform has burst onto the scene. It seems like everyone I knew was signing up for Vero, an app that promised an algorithm-free experience. Vero also promised the app would be free for the first one million people who signed up, which caused a bit of an Internet panic.

Yep, I totally bought into it and I signed up for Vero. Just to grab my user name at the very least. After signing up I did poke around a bit and created my first post. I posted a screen shot of my profile page on Instagram Stories to show everyone I had joined. A few people responded that they had joined too. 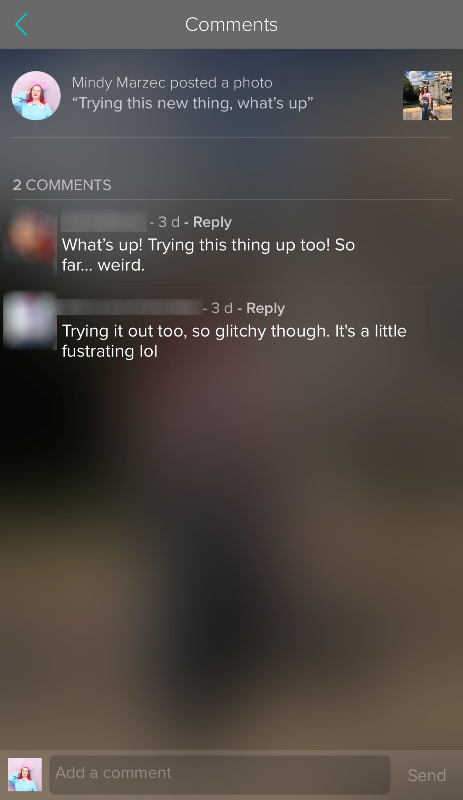 Vero seemed to appear out of nowhere but the app has actually been around for a few years, and before now had never really gained traction. Because, who really needs ANOTHER social media platform? I certainly have trouble keeping up with what’s already out there. But perhaps on the heels of Snapchat’s unpopular redesign and constant updates to Facebook’s algorithm, the platform gained strength.

Whatever the reason for the sudden popularity, I don’t want to miss the boat on the next big thing so whenever there is buzz about a platform I generally will sign up, just in case.

However, in this case, it seems I should have done a little more research.

Literally the day after I signed up for Vero, I started seeing tweets and articles popping up about one of the creators of the app, Ayman Hariri.

Well… Vero was Cool for a quick minute. Then I found out that the CEO is a scumbag and screwed over 9,000 Filipinos. Pair that with a shady user agreement and I’m out! #DeleteVero

It seems Hariri was an executive for a construction company that shut down and left thousands of workers unpaid. A report from Reuters claims workers were abandoned at desert camps without food and water. (Hariri denies any involvement, saying he left the company before the company shut down.)

You can read about this further on Entrepreneur.

There are other issues as well. A friend noticed that out of 23 employees on their “Team” page, there is only one woman and one person of color. This is really disappointing.

It’s up to you if you want to stick around and give Vero a shot. Based on the above information, I have decided to delete my account. And if Vero turns out to be the “next big thing,” I’ll deal with that later.

How to delete Vero if you want to

Turns out it’s not as simple as pressing a button and confirming you are sure. You need to submit a request to delete your account. But, it’s quick. Here’s how you do it.

Go to your profile and click on the ? symbol at the top left. 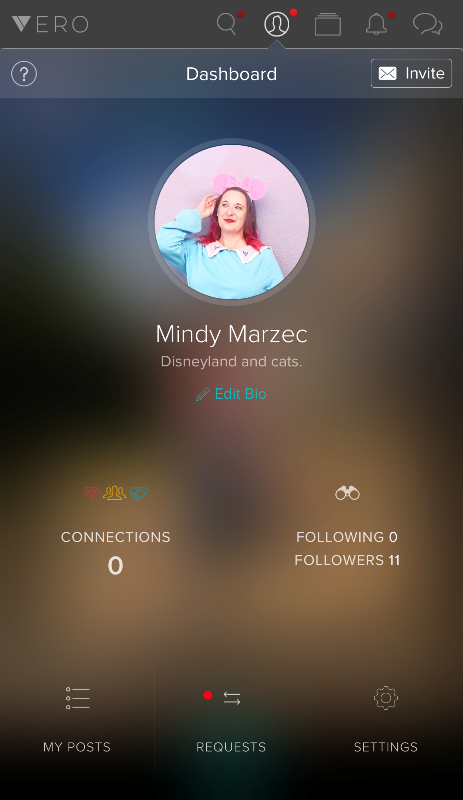 From the drop down menu select “Delete Your Account.” In the next screen you are required to type comments in the “feedback” section. I simply put I was no longer interested. Then click submit. 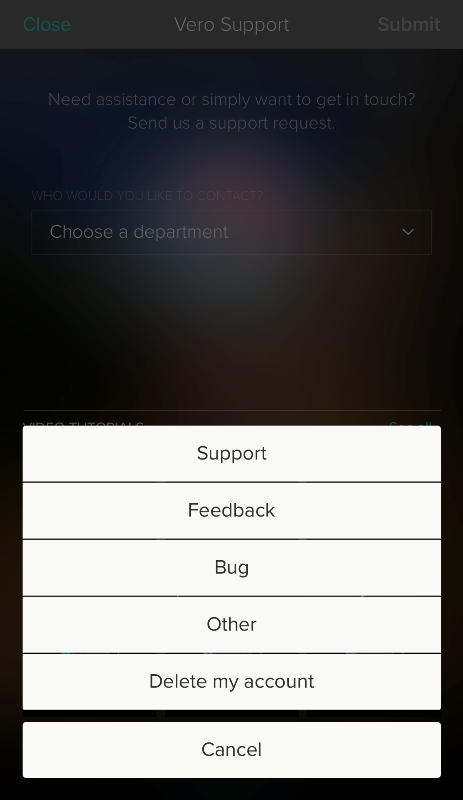 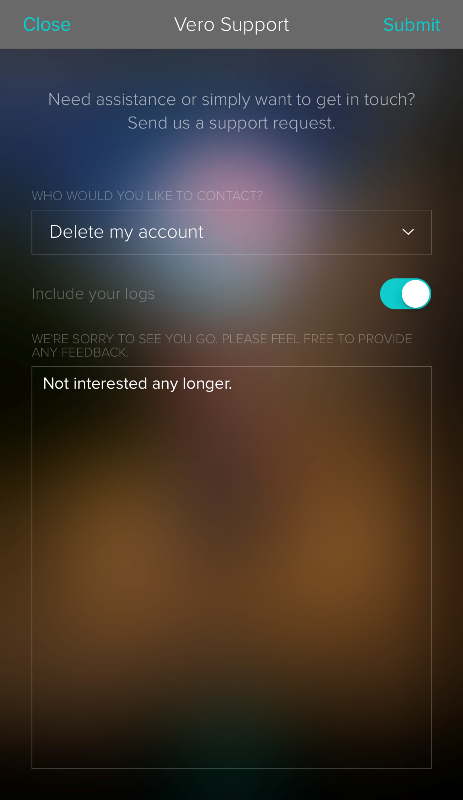 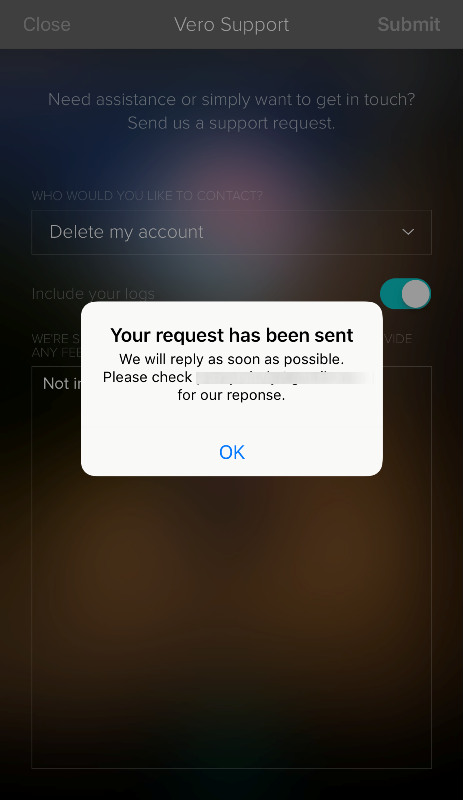 Perhaps the Vero fiasco is just a reminder of the Universe to slow down and always do your research before jumping into something. Or that it’s okay to say “no” once in a while! 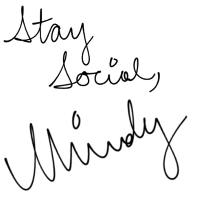 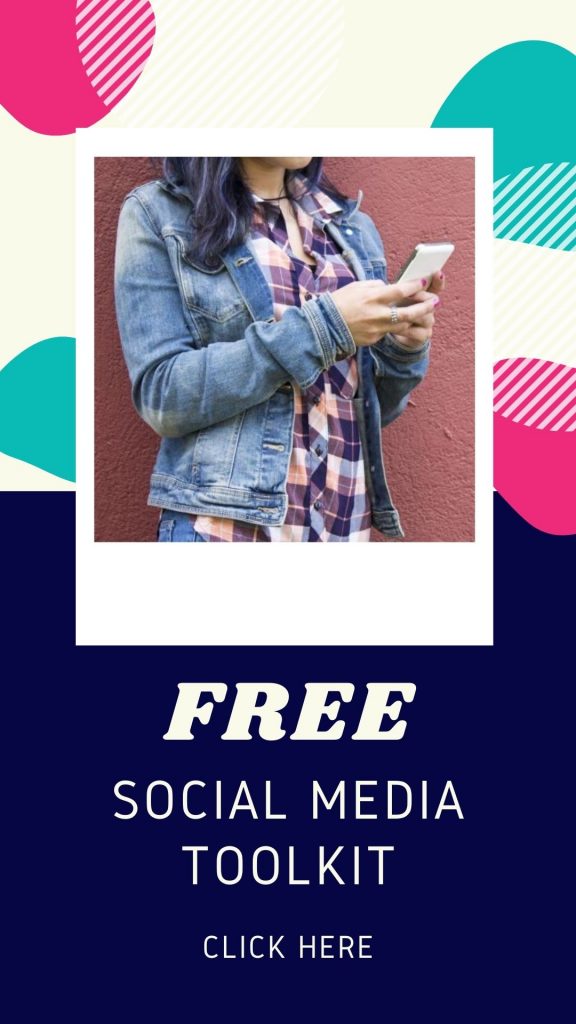 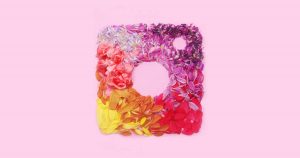 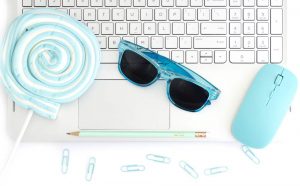 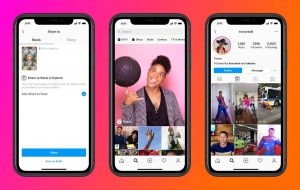 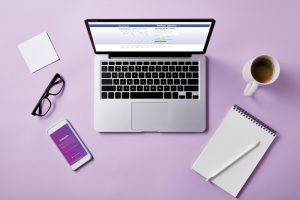